Grieving takes time but time is money. So, as I already said, we pathologize grief by turning into depression for which we have the immediate solution. Easier to pop a Prozack and not think about it. Take a pill and feel better! Better living through chemistry! Besides it turns a profit for the capitalist culture which needs to feed off the pathologies it helps to create.

We are driving ourselves crazy and then engineering the drugs to take away the symptoms. Truly a catch if you think you're crazy, you're not crazy; you are only crazy if you think all this is normal. Dolores: Getting in touch with our grief, individually and collectively, is one way of speaking up for soul: that's a hard sell in our culture, isn't it?

Grief not only is counter to most of the values which a technological society cherishes, it is also, as I said earlier, un-American. Life, liberty, and the pursuit of happiness are enshrined as inalienable rights in our Declaration of Independence.

But, under the impact of technolgy, all of these eighteenth century enlightenment values have been transformed. Just consider, for example the craziness involved in our right to life debate. We defend the right of the un-born even as we continue the buildup of weapons of mass destruction and become the largest arms dealer in the world, not to mention the powerful presence of the NRA in the gun debate in this country. Or take liberty: rights without duties, freedom withour responsibilities. Does everyone really have the right to own an automatic weapon?

And happiness? It has been transformed into the manic and frenzied pursuit of entertainment. I am not surprised, therefore, that I had a difficult time finding a publisher for my book on grief. The book invites the reader into the winter country of the soul in grief, a place for which there are no maps.

It takes courage to endure the grieving process when everything in our culture is aimed at getting you past it as quickly as possible, and giving you a map for the territory so you don't have to experience anything. A twelve step program for everything. A workbook for everything from sexual techniques to the hero's and heroine's journey.

I was fortunate therefore to find a publisher with the courage to get past the bottom line. All the early rejections were that the message wasn't marketable. Grief doesn't sell. This is the voice of a technological culture. Dolores: So you approach technology not as a Luddite with a sense of fear of the machines, but with a sense of grief which asks for the sake of soul what we are missing, or forgetting, or losing of our humanity?

Where do you see the soulful aspects of technology? Robert: Let's go back to our earlier discussion of cyberspace and the internet. In cyberspace we enter a kind of dreamscape while we are awake, another kind of reality which is neither an empirical fact nor a mental idea. Now Jung calls that reality which is neither empirical nor mental the psyche. Another name for it from the work of Henri Corbin who strongly influenced Jung is the mundus imaginalis.

I am not saying that cyberspace or the Internet is the imaginal domain of soul. I am saying that these technologies are a symptomatic way in which the soul awakens us to this domain which has been forgoten, repressed if you wish. Like all symptoms it is an opportunity to remember something which is necessary not to forget, but which we have forgotten because it is too painful to remember.

Dolores: Please say a liitle more about this imaginal realm, especially in terms of how Jung understood it to be the autonomous domain of the soul. Robert: Take for example Jung's discussion in Memories, Dreams, Reflections of his encounters with the figure Philemon. If you read those passages within the context of Jung's extensive work on alchemy, you can see that Jung understood that Philemon is an autonomous figure of the soul. Philemon is neither a projection of Jung's unconscious nor a reality in the material sense, like the stones on the path in his garden where he walks and talks with Philemon.

In a recent article, "Alchemy and the Subtle Body of Metaphor," I show how Jung's psychology was always devoted to this reality, how it is the recovery of the imaginal world eclipsed by the Cartesian dream of reason which split matter and mind. Dolores: Your description of the imaginal sounds very much like your earlier remarks about the metaphorical. Are they related?

Robert: Yes, a metaphor too opens this domain of experience which is neither an empirical fact nor a mental idea. A metaphor opens a vision of reality and invites one into a way of experiencing the world which has as little to do with discovering facts as it has to do with creating ideas. A metaphor is closer to a revelation, or to an sudden epiphany. It is, if you wish, a small miracle, a moment when the depths of the imaginal break through the profane and ordinary world. Dolores: You seem to be suggesting that the imaginal has a metaphorical structure to it.

Is that what you mean? Robert: The imaginal is the autonomous domain of soul, a third world, which is as different from the empirical domain of matter as it is from the rational domain of mind. And just as mind has the clarity of ideas, and matter the certainty of facts, soul has the vision of metaphor.

Jung's true genius is that he understood that the proper object of psychology was this imaginal domain of the soul, and not that of matter, which belongs to the physical sciences, nor that of mind or spirit, which belong to philosphy and theology. All of my work about technology is in service to that vision. It is about the recovery of the imaginal depths of the soul for a technological consciousness which has reduced soul to mind and split mind from matter. 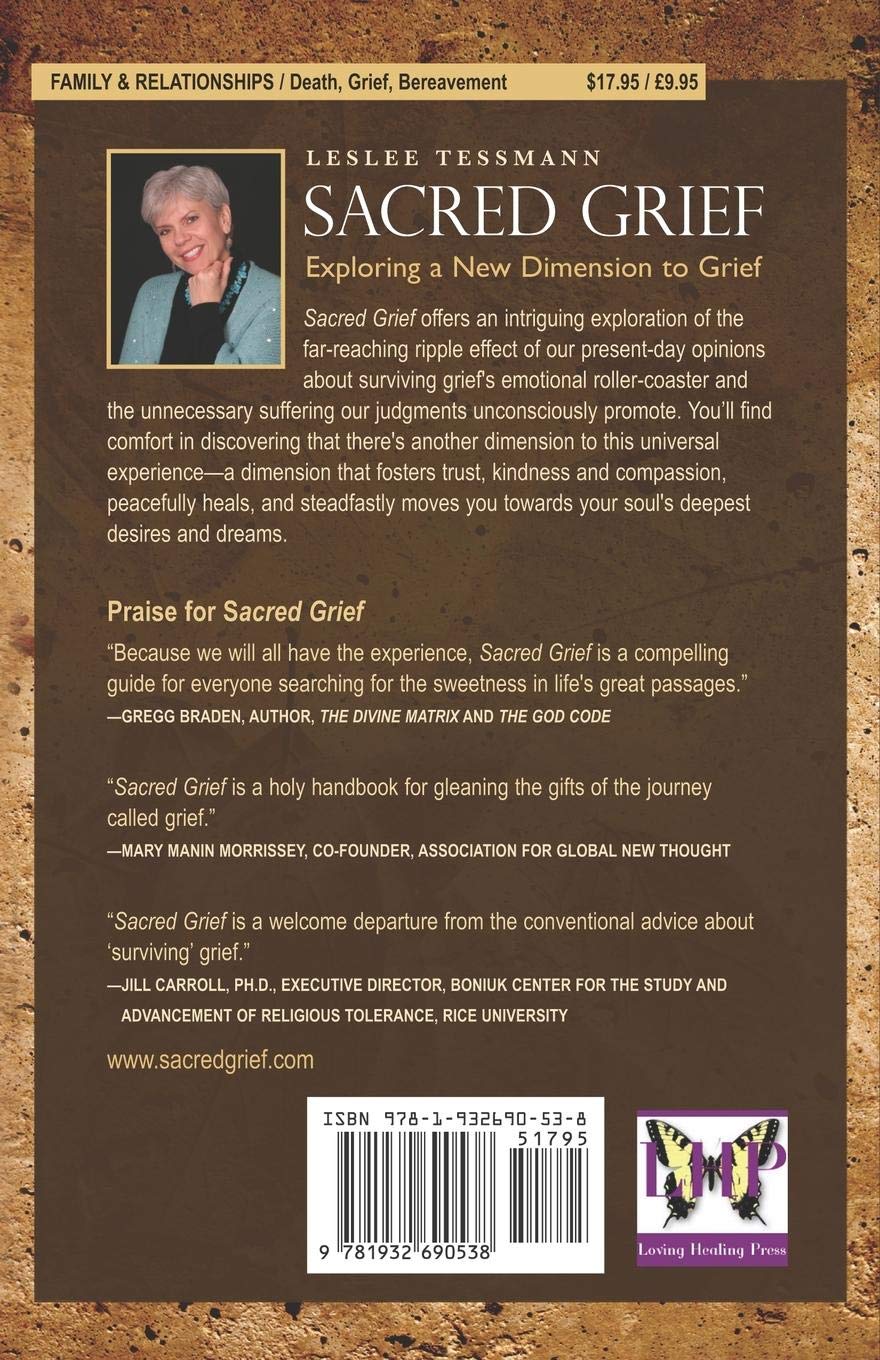 Dolores: Earlier you spoke of metaphor as a small miracle where the depths of the imaginal break through the profane and ordinary world and open a new vision. Can you give an example here? Robert: Yes! A beautiful example straight from alchemy is the salamander roasting in the fire. That is a vision of the soul, and we need to ask here what it wants of us. How are we being addressed here? What are we being called to attend to? It is a waking dream, and like a dream a reality which is something wholly other than the ego-mind.

We miss the imaginal sense of the salamander when we say it is a projection of the alchemist's unconsciousness. You see when we say this we are already caught up in the Cartesian split of material facts and psychic ideas.

Because the salamander is not really there in the fire, because it is not a factual reality, we have to say it is an interior psychological one, projected onto the outside world. The Cartesian heritage of matter and mind says it must be either one or the other. Now, although Jung himself often spoke this way of alchemy, as a projection of the alchemist's unconsciousness, he also did say that this either-or way of thinking did not apply to alchemy. And when he says that he is staying with the imaginal sense of the world and its neither-nor vision.

It is difficult not to think of the salamander as a projection of the alchemist's unconscious. Yes, it is!


In part it is difficult because projection does exist. But as Von Franz notes it is nearly impossible to tell with certainty what is a projection and what is not. In any case, my point is that even when projection is happening, it is not the transfer of a content from some interior space to some exterior space. That way of explaining it leaves us stuck in the Cartesian dream of either matter or mind and leaves no place for soul. Dolores: So Jung's insistence on the autonomy of the imaginal forces us to re-think the notion of projection.

Dolores: Where else do you find Jung's devotion to the imaginal domain of the soul leading to a radicl new way of thinking? Robert: The work on synchronicity. It is singularly important. It also has a deep connection with alchemy. A work still needs to be done which shows the connection between alchemy and sychronicity. Such a work would, I think, also show how alchemy is an ancient quantum physics, and how quantum physics is a new alchemy. Dolores: Does the imaginal play an increasing role in your work? Robert: Since the technology book I have increasingly focused my attention on the imaginal.

I mentioned earlier the article "Alchemy and the Subtle Body of Metaphor," which will appear as a chapter in a volume edited by Roger Brooke entitled "Pathways into the Jungian World," to be published in the fall of by Routledge. In another piece called "On Angels and Other Anomalies of the Imaginal Life," I approach the reality of the imaginal through a consideration of angels and the golden dome of heaven in medieval paintings.

It will appear in the English journal "The Temenos Academy Review, "edited by Kathleen Raine, the world's foremost authority on William Blake, that truly inspired visionary who chartered so much of the geography of the imaginal world. I like this piece because in it I was able to show how reverie is the mood of consciousness which is best attuned to the imaginal, and how hospitality is the custom which best attends its appearance.

I was also able to show how the imaginal is the eruption of the numinous face of the ordinary, and how, therefore, it always has a sacred dimension to it which is awe-ful, a dimension whose eruption fills us with holy terror. So for the past ten years I have been slowly working toward a defense of the imaginal realm and showing its relation to such themes as reverie, hospitality, metaphor, and the sacred, and its connection to the traditions of alchemy, quantum physics, and phenomenology.

Dolores: The imaginal as a place which inspires holy terror. Can you say more here? Robert: Speaking of the Angel, the poet Rilke says that its beauty is nothing but the beginning of terror we are just able to bear. It is this terror of the beautiful which erupts in the imaginal.

Like those of old who were struck dumb by the eruption of the Angel into their world, the imaginal initially stuns us with its presence. Like one of those big dreams which upon awakening leave us speechless for a moment. Dolores: We began this discussion of the imaginal in relation to cyberspace. How does the imaginal breakthrough in this technology and that of the Internet? Atlas of Geriatric Dermatology.

Letizia Paoli Alessandro Donati. Alessandra Strada. Literacy and Deafness Listening and Spoken Language. Women and the Material Culture of Death. Michael Chissick Sarah Peacock. Can I tell you about Stuttering?